TAIPEI, Taiwan – The production and export of e-bikes has proven its importance for Taiwan’s bicycle industry last year. Throughout 2019 the Taiwan Bicycle Association (TBA) already indicated that the export of e-bikes was expanding rapidly. The official export statistics of the Taiwan’s Customs Administration and the Ministry of Finance now provides the full picture of the booming e-bike exports. 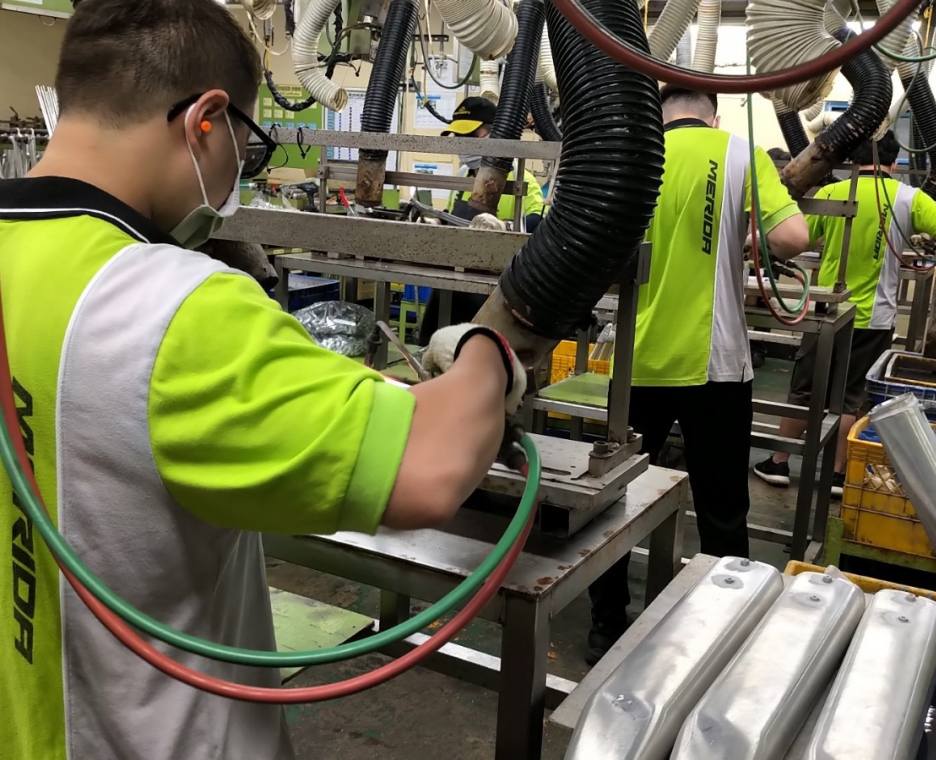 According to Taiwan’s Customs Administration and the Ministry of Finance the country increased its export volume in 2019 by 125 percent compared with 2018. – Photo Merida

At Taipei Cycle 2019 the TBA already celebrated a 50 percent increase in e-bike sales volume and value for 2018. It now proves that it was only the precursor to what was going to happen in 2019. According to Taiwan’s Customs Administration and the Ministry of Finance the country increased its export volume in 2019 by 125 percent compared with 2018.

Transformation to e-bikes is in full swing

In autumn 2019 Taiwan Bicycle Association (TBA) chairman Michael Tseng already indicated that the transformation of the Taiwanese industry from producing traditional bicycles and the appropriate components to e-bikes was in full swing. “Traditional bicycles are becoming e-bikes and that requires an all new approach to production, distribution and marketing,” said Michael Tseng. “The Taiwan industry is now fully focused on e-bike engineering as we continue to strive our best to cover the needs of the global market.”

Traditional bicycles are becoming e-bikes and that requires an all new approach to production, distribution and marketing

In 2019, the European Union was by far the largest market for Taiwan’s e-bikes. Next to increased production of e-bikes in Europe, it was Taiwan in particular who filled the gap created in the supply after the imposition of the anti-dumping and anti-subsidy duties on e-bikes imported from China. In 2018 the export volume to the EU stood at 191,918 e-bikes in 2018 and skyrocketed by almost 130 percent to 440,723 units. The import volumes within the EU market varies a lot per country. The Netherlands (230,228 units), Germany (49,992 units) and the UK (49,920 units) are the leading importers. The statistics also reveal some remarkable market developments like an almost 400 percent increase to 11,535 e-bikes in France and a 275 percent growth in Belgium to 11,535 units.

The average price in the three main e-bike markets, as mentioned earlier, hover around the average EU price of 1,162 euro. There are however big differences in the average price like the 396 euro for an e-bike in Croatia and the 1,538 euro in Poland. Also, the Swiss market proved to be very attractive for Taiwanese companies as the export volume increased by also 100 percent to 13,425 units at an average price of 1,531 euro.

The e-bike boom in Europe, in combination with the US-China trade dispute resulted in many investment initiatives in Taiwan

Next to the EU, the US market has found Taiwan as an important country for sourcing e-bikes. Just like in Europe, the export volumes skyrocketed by more than 125 percent in 2019 compared with 2018. The total export volume stood at 131,825 units at an average price of 1,211 euro, that is 49 euro more than the average price for export to Europe.

Those figures clearly show that the earlier disinterest by Taiwan’s OEM makers in e-bikes has changed completely. After years of decline in the production volumes of regular bicycles the Taiwanese manufacturers were eagerly looking for growth opportunities.

The e-bike boom in Europe, in combination with the US-China trade dispute resulted in many investment initiatives in Taiwan. KMC announced an investment program to expand local production capacity in Taiwan. For this investment scheme of TWD 800 million (24 million euro) KMC applied for support at the Taiwan government to return parts of its production from China. Also, other companies in the bicycle industry like Glory Wheel Enterprise and Shuz Tung applied for this support program in local investments.

Last year also a second computer giant from Taiwan after Darfon Electronics Corp. made its appearance on the e-bike market. The multi-billion computer laptop, tablet etcetera maker, Acer Group, stepped into the electric bicycle market through one of its subsidiaries and battery manufacturer, MPS Energy Inc. Next to e-bikes, MPS batteries are also targeting e-scooters, e-ATVs as well as energy storage systems. The batteries are made of, what MPS calls “High capacity power cells” that together with the company’s Battery Management System must provide “the best battery life”.

To improve its service for OEM customers e-mobility components and complete drive system manufacturer Bafang has opened its own sales office in Taichung City, Taiwan. All these developments clearly show that Taiwan wants to play a key role in the transformation of the production from traditional bicycle to modern e-bikes.

In combination with China-US trade dispute, Taiwan could limit the decline of export volumes of regular bicycles last year to 3.85 percent or 2,210,105 units. However, contrary to previous years the average unit price declined as well last year from 610 euro in 2018 to 567 euro in 2019. This resulted in a decrease in export value of no less than 9.23 percent to 1.340 million euro.

The export of regular bicycles to Europe declined even further by 10.66 percent. Last year the export volume slipped under the ceiling of 1 million units or 985,311 bicycles. The market lost more than 17 percent of its value and stood at 449 million euro in 2019. In one year, the market for regular bicycle export to Europe has lost more than 100 million in value. An increase in export volume of nearly 180,000 units to the US could not compensate for the loss on the European market.