E-bikes generating 70 percent of turnover in the Netherlands

AMSTERDAM, the Netherlands – During last year’s sales season all indications were pointing at increasing e-bike sales. While 2018 already saw unprecedented growth, also 2019 showed relentless interest in electric bicycles. Last year a record number of 420,000 e-bikes were sold in the Netherlands, an increase of 2.4 percent compared with 2018. Today e-bike sales represent some 42 percent of the market in volume compared to 41 percent in 2018. The importance of the e-bike for the bicycle industry speaks out in the value. Last year this product category generated a total of 70 percent of the turnover in the bicycle market. 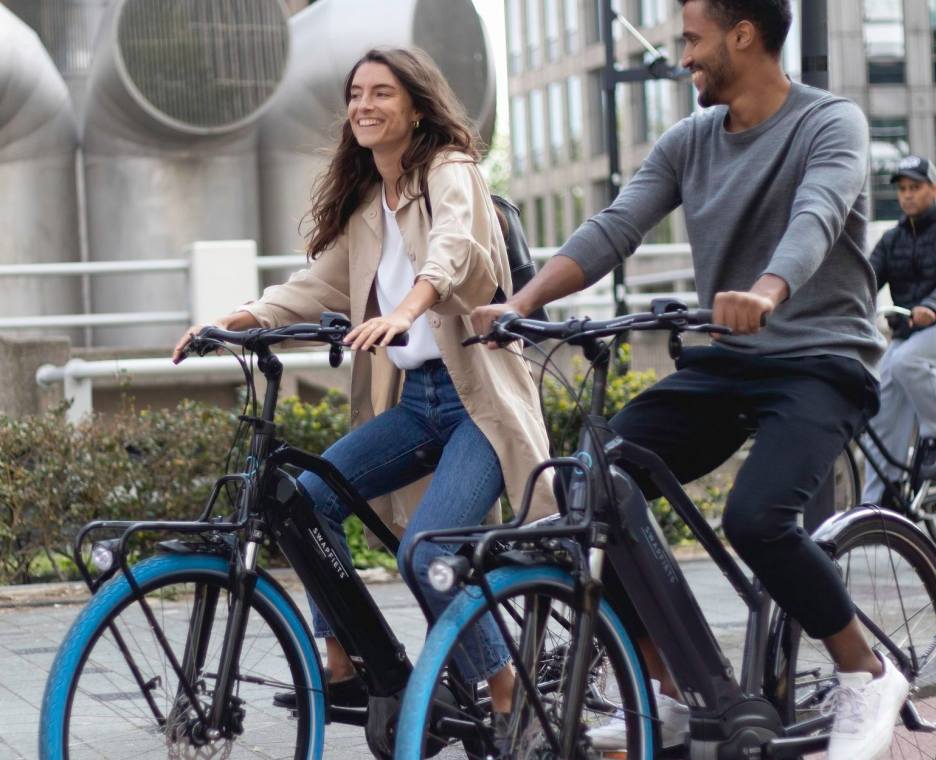 The e-bike and bicycle market combined remained stable at just over a million units last year. Thanks to the e-bike, the total market value increased for the seventh consecutive year from 1.220 billion euro in 2018 by 2.6 percent to 1.252 billion euro in 2019. “The e-bike and bicycle market are in a very positive mood,” said Huub Lamers, Managing Director at Gazelle and chairman of the section bicycles of the Dutch industry association, RAI, who published these figures. “Also, for 2020 we expect the market to expand. The e-bike is the solution for a variety of problems, including traffic congestion, air pollution and health. Thanks to the growing number of sharing systems the usage of bicycles and e-bikes is expanding even faster than reflected by the market developments.”

For the second consecutive year the e-bike is the largest category in the Netherlands with a market share of 42 percent. The second largest category is the city-bike with 33 percent and kids' bikes come in third position with 11 percent. Hydrid bikes make up only 4 percent of the market today. This was once a leading product category, but this has been completely taken over by the e-bike. Sports bikes, including MTB, road race and gravel bike are all included in the category others with a market share of 10 percent.

The corona crisis which hit the Netherlands after Huub Lamers gave his outlook for 2020 will change the market drastically. At the moment of the publication of this report the impact on e-bike sales is still unclear, but indications suggest the immediate knock-on effect could be positive as people turn to cycling as a safer form of mobility. The Dynamo Retail Group reported that in April 2020, at the height of the coronacrisis, the turnover in both city and hybrid e-bikes increased by 7.3% compared with April 2019.

The annual market survey of the Dynamo Retail Group showed that turnover-wise their sales of city e-bikes grew by close to 38 percent in 2019. This retail group is operating shop formats like Bike Totaal, Dynamo Retail Service, Fietswereld and Profile de Fietsspecialist in Holland, Belgium and Germany and has some 800 affiliated dealers/members. The survey also pointed out that turnover in bicycles (including e-bikes) was up 17.4 percent in 2019 compared to 2018. Their survey covering 313 dealer-shops located in the Netherlands indicated that 2019 e-bike sales in the Netherlands would expand beyond the half million units mark.

The statistics published by the industry association RAI also showed that the average retail price spent on the total market increased from 1,207 euro in 2018 by nearly 3 percent to 1,243 last year. This is the highest price ever paid for a bicycle in the Netherlands, thanks to the e-bike. The average price for an e-bike is just over 2,000 euro. This product category generates 868 million euro and doubled in past 5 years.

The IBD remains the most popular distribution channel with a market share of 75 percent. The position of the internet has changed drastically in the past few years. Internet has become an important tool for product orientation. However, most consumers do prefer to visit IBDs to buy a new bicycle and e-bikes particularly. Many traditional retailers have improved their online presence and offer services online. The once pure online players have opened sales and service shops throughout the country to extend their service package and to maintain their market share. This has been stable for some years now at around 15 percent. New types of subscriptions-based service providers like the popular Swapbike have quickly gained their market share, mainly in the larger cities. Last year Swapbike, owned by the Pon Bike Goup launched their e-bike concept.