Recent months have seen some startling predictions on cargo bike growth in the UK. Around 4,000 cargo bikes were sold in the UK last year according to the Bicycle Association of Great Britain (BAGB), with the numbers split around 50/50 between commercial and family/individual use. The BAGB adds that it expects sales to increase by up to 60% in the UK in the year ahead.

One of the UK’s best known bike brands, Raleigh, is particularly buoyant about the prospects of electric cargo bike growth, despite their traditional overarching focus on the consumer rather than the business market. Compared to Germany, with a sales volume of 78,000 e-cargo bikes in 2020, the UK market is still relatively small.

Edward Pegram, commercial partnerships manager at Raleigh UK, said “For Raleigh, e-cargo bikes have one of the biggest growth trajectories over the next four or five years. E-cargo bikes have opened us up to an opportunity to enter into the business market.” Pegram estimates that e-cargo bike sales will double in 2021 compared to 2020 sales. Even more optimistic forecasts are being made by Raleigh’s UK managing director, Lee Kidger, who predicts that the UK cargo bike market will be 15 times its current level within five years, not such a farfetched outlook when you know that Raleigh’s sales of e-cargo bikes grew 75% last year.

And the company is already finding willing commercial partners. London dairy Jones Bros has used the companies e-cargo bikes to trial food deliveries and the National Trust which cares for and runs many historic properties and natural beauty spots around the UK is using Raleigh e-cargo bikes to transport supplies and staff around 11 of its largest sites.

What’s driving the current wave of UK cargo bike enthusiasm? Clearly there is a surging bike market across the UK with the BAGB recently posting figures of 160,000 annual e-bike sales for 2020 and the positive news is continuing into 2021 with so far, an 8% total cycling market value growth in first 6 months of 2021 compared to the “boom year” of 2020. The growth in e-bike sales over the past 2 years is a staggering +146%.

Predictions for up to 60% growth over the next 12 months

There also appears to be specific reasons why cargo and e-cargo bikes may see impressive future growth, other than an extremely strongly performing bike market. Not least are various initiatives at local and national level to reduce carbon emissions and congestion with the help of cargo bikes. 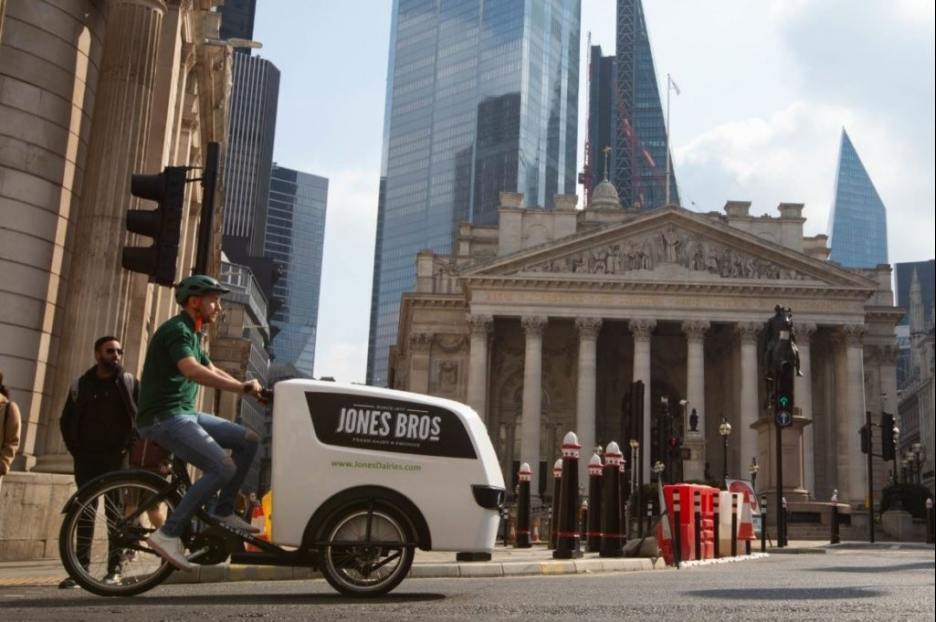 Clearly there is a surging bike market across the UK continuing into 2021 with a reported 8% total cycling market value growth in first 6 months of 2021.

There is also evidence that many businesses are catching on to the benefits that e-bikes and cargo bikes can bring to the problem of last mile delivery. This is particularly the case with food delivery. For example, Zoomo, a UK start-up that makes and leases e-bikes to the food delivery industry. Their chief executive Mina Nada said that a turning point for the UK’s uptake in e-bike sales was the rapid growth of last-mile delivery services for groceries during the pandemic. “Those companies have accepted that e-bikes are fundamental to their business model,” Raleigh’s Edward Pegram added.

Raleigh is also aware of the possibilities in this particular area, with Pegram saying its move into electric cargo bikes has gained attention from two of the UK’s biggest take-away food delivery companies Deliveroo and Just Eat, which are apparently weighing up the benefits of using them.

London appears to be a particular hotspot for current cargo bike use and upcoming mobility changes are helping set the scene for a cargo bike boom. London’s ULEZ (Ultra Low Emission Zone) at present only covers Central London (as does the additional London Congestion Charge, the LCC) but ULEZ is set to get a lot bigger from 25 October 2021. Cargo bikes and e-cargo bikes are exempt from both ULEZ and LCC financial costs as they are seen as a perfect tool to help improve London’s air quality and cut congestion at the same time.

More than in London only

If London could add in the logistical framework required to facilitate cargo bike deliveries it could well act as a role model for other UK cities to follow – as has happened with its very successful protected cycle lane building programme that has been emulated to some degree in cities like Leeds and Birmingham.

There are some indications this might be starting to happen as the end of 2020 saw London’s financial district, the City of London, lease 39 car parking spaces to Amazon for a last-mile logistics hub that will act as a base for e-cargo bike and on foot deliveries in the immediate vicinity – the scheme claiming that it will remove some 85 vans a day from local streets. This follows the trailblazing London area council Hammersmith, who established a zero-emissions freight hub, Parcels Not Pollution back in 2019 and it is still operating.

The city of Bristol is home to a similar scheme. E-cargo bike specialist Zedify received a £100,000 (€116,000) grant from Bristol City Council to support a new zero emissions delivery hub. The hub includes a fleet of electric cargo bikes centrally located within the city so as to allow HGVs and diesel vans bringing goods into Bristol, to drop off their goods without entering the city centre, leaving last mile delivery to the e-cargo bikes.

DPD is a big name in delivery solutions and just as this article was being written they announced Oxford will be their first ‘all-electric’ city depot, with all future parcel deliveries to made by electric vehicles only. DPD’s fleet in Oxford includes electric vans as well as e-bikes and the city is to be the first of nine ‘green cities’ in the UK where DPD will operate electric-only vehicles.

Some retailers are also clearly in tune with the significant future potential of the e-cargo bike; one of London’s main e-bike retailers, Fully Charged, recently announced the opening of a 10,000 square foot e-bike workshop and electric cargo bike showroom with an eye on expanded business use of e-cargo bikes.

Still, the UK has a long way to go to catch up with some of its continental Euro-neighbours in cargo bike terms; Germany sees annual cargo bike sales of around 100,000 and France around 50,000.

Already major UK industries like supermarkets and construction are carrying out trials on the use of cargo and e-cargo bikes. It might feel like the cusp of a revolution – if national and local authorities keep promoting the benefits of two and three wheeled electric cargo delivery it might just trigger the start of one. 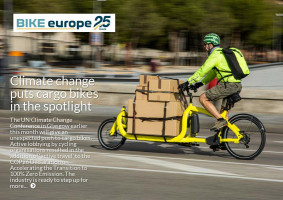 Cargobikes the next market disruptor 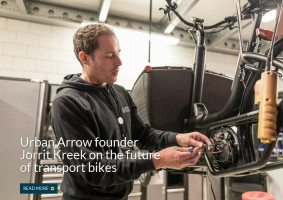 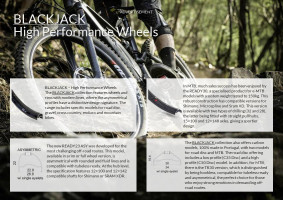 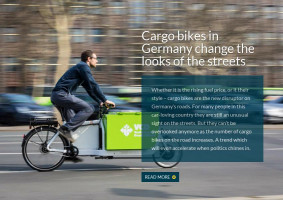 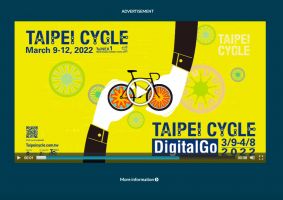 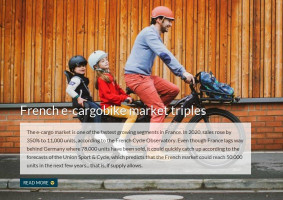 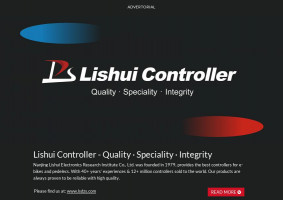 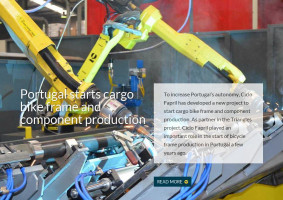 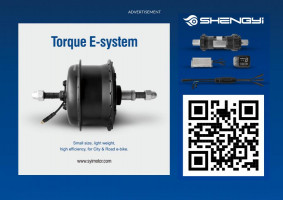 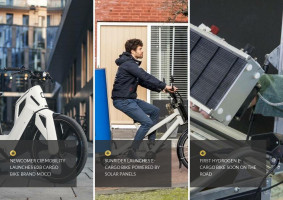 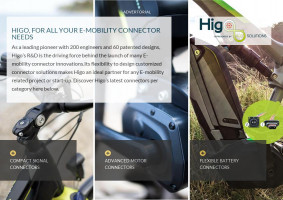 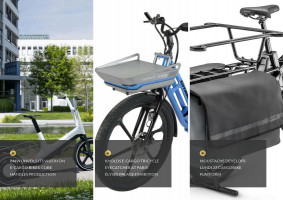 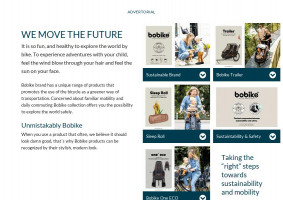