How Safe Are Electric Step-Scooters 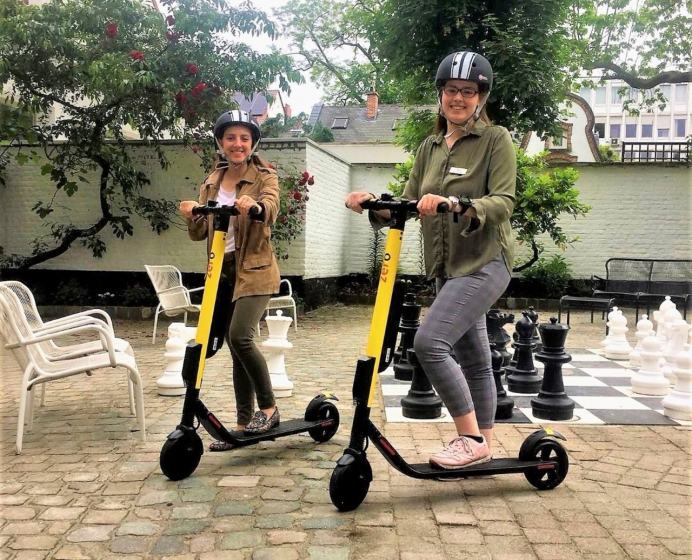 BRUSSELS, Belgium – You can see them in more and more cities around Europe. And the numbers of docked and/or free-floating electric step-scooters on offer on the streets is growing like wildfire. As well as their use. With that accidents occur, recently the first fatal one in Brussels, triggering major concerns among officials and institutions at many levels.

Get Green Light on Germany’s roads

A recent market study by researcher Mobility Foresight estimates that electric step-scooters are currently being used in some 35 Capitals and cities around Europe with Paris and Berlin being the hotspots. More, much more is to come which is evidenced by just looking around in city traffic where step-scooter users are popping up in growing numbers. That also caught the eye of ‘Brussels’ where it’s a hot topic now. At least that says Manuel Marsilio, General Manager of the Confederation of the European Bicycle Industry (CONEBI).

“With the first fatal accident involving an electric step-scooter user that happened recently and with usage growing rapidly, Brussels is starting to be seriously concerned. Moreover, electric step scooters can sometimes reach very high speeds that go beyond 25 km/h and there are rising concerns about unpredictable braking incidents,” explains Marsilio. “As a result at European level, rumours says that there might be work on EU policy guidelines, in full respect of the subsidiarity principle. And taking into account that e-step-scooters were just recently legalized in Germany and are totally forbidden on public roads in the UK currently.” The CONEBI GM adds that there’s ongoing work taking place at CEN level.

The question is whether electric step-scooters, when equipped with motors of over 250W and capable of speeds of over 25km/h, are to be considered like e-bikes.

At that level already in 2016 work started for getting to a voluntary standard that will provide safety requirements for personal light electric vehicles (PLEVs). A framework dealing with their use is to be developed for new modes of urban mobility like electric step-scooters, Segway’s and self-balancing vehicles (including single wheel transporters). These PLEVs are currently put on the market without prior harmonized test methods based on shared methods. European Directives do indeed exist, but they don’t provide any specific requirements for these machines, nor do they prevent the sale of badly performing or even hazardous products. Here’s more on the safety standard for PLEVs.

The question is also whether electric step-scooters, which in many cases are equipped with motors of over 250W and capable of speeds of over 25km/h, are to be considered like e-bikes. Meaning that more is needed for protecting users than just a safety standard like EN 15194 that applies to 25km/h electric bicycles.

On this Manuel Marsilio says “Maybe such electric step-scooters have to fall within the current type-approval scope applying for instance to e-scooters, e-mopeds, or other vehicles with over 250W motors which are throttle operated.”

The comments made by the CONEBI GM make clear that the awareness process for what electric step-scooters sharing and their use in cities are bringing, has only just started in Brussels. If it means that EU regulations are still a long way off.

PARIS, France – From September onwards, a new regulation will come into force in France which applies to the use of electric step-scooters. As the number of operators of scooter sharing systems are multiplying as well as their users and at the same time accidents, the French government decided to introduce legislation to regulate their use in urban traffic.

It’s considered to be a big step forward that the French Government is implementing legislation on electric step-scooters. In particular as it is deemed necessary for their integration into city traffic. The decision to implement this legislation is taken in the context of the “Law of Orientation on Mobilities” who Elisabeth Borne, the French Transport Minister, presented last June. What the new legislation results to is that electric personal mobility devices are to undergo a profound change in the coming months. “This is a major first step making step-scooters an integral part of urban mobility,” said Fabrice Furlan who is President of the Professional Federation of Micro-Mobility, FP2M as well brand -director at Decathlon International for Oxelo which is the company’s step-scooter label.

Category with its own rights

What the new legislation determines is that micro-mobility devices like electric step-scooters are integrated in traffic laws as a category similar to electric bicycles. From next September onwards users will face a speed limit of 25 km/h. However, some members of the French “Assemblée Nationale” regarded that speed too high. They’ve asked for 20 km/h and they’ve been heard. Like in Germany, driving on the sidewalks will be prohibited with offenders to be fined 135 euro’s. Furthermore, the new law stipulates that electric step-scooters are to be used on bike paths and city roads that have speed limits up to 50 km/h. 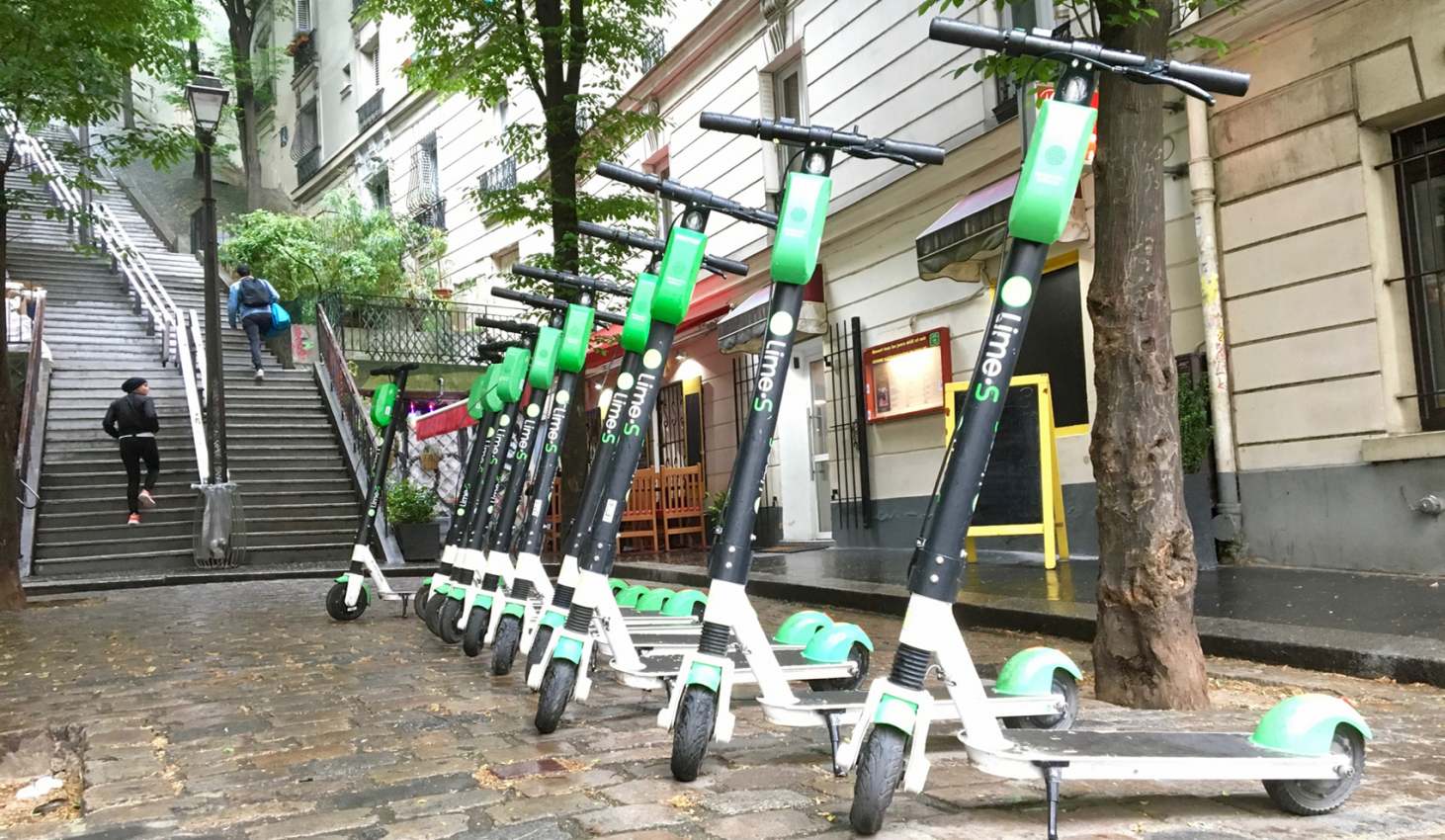 Get Green Light on Germany’s roads

BERLIN, Germany – Germany has authorized the usage of battery-powered step-scooters on its streets and cycle paths, but banned them from pavements to protect pedestrians as the two-wheeled craze continues to spread across Europe.

Fierce debates in Germany’s upper house of parliament (Bundesrat) resulted in the adopted of a proposal pushed forward by Transport Minister Andreas Scheuer to approve the “electric propulsion vehicles” for road use. But Scheuer was forced to amend his initial suggestion to allow electric step-scooters on pavements, after it sparked an outcry from politicians, police unions and insurance groups. There have also been heated arguments over safety from groups representing car drivers and cyclists. They’ve warned that allowing e-step-scooters into the mix will cause congestion and accidents on Germany’s already crowded roads and cycle paths. The amendment states that electrical step-scooters will only be allowed on pavements in exceptional cases, to be expressly indicated by signs.

For ages from 14 years

Electric step-scooter users must stick to a speed limit of 20 kilometres per hour and be aged 14 years or older. The green light to legalize such vehicles means that e-step-scooter sharing firms can now put their plans into action to roll out across Germany. One of those companies is the Berlin-based start-up Tier, which is currently active in 20 cities, and hopes to soft-launch in around 10 cities in Germany from mid-June. Meanwhile, Stockholm-based Voi currently has scooters in 18 European cities, and reportedly expanded that to 30 more cities in Germany alone this summer. 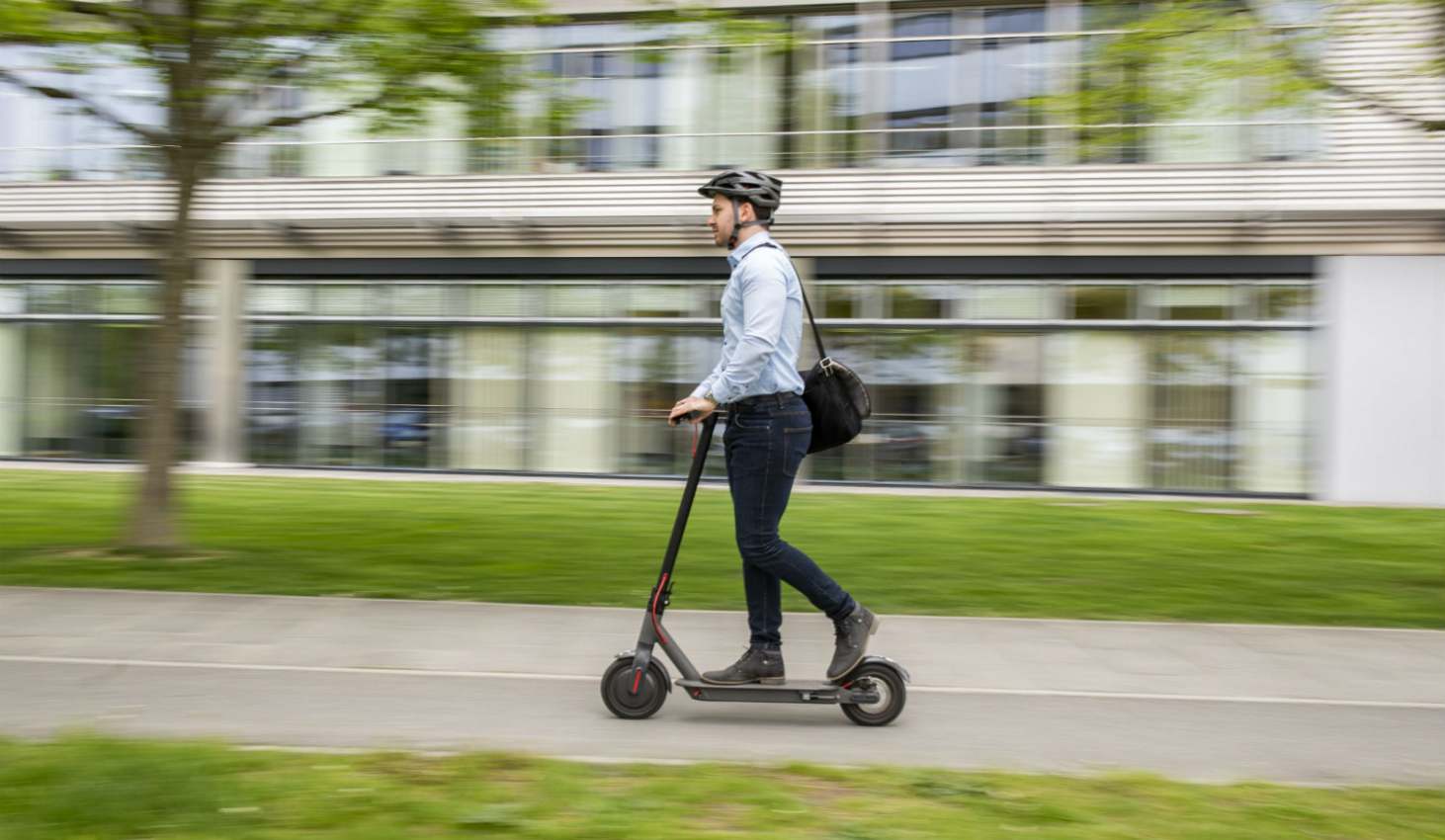 Electric step-scooter users must stick to a speed limit of 20 kilometers per hour and be aged 14 years or older.

EU on why there are ebike antidumping duties 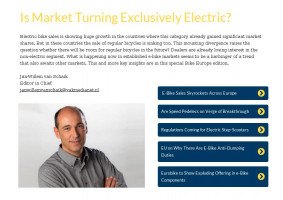 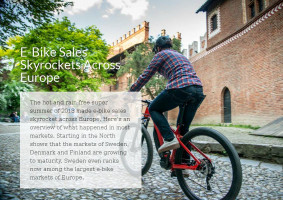 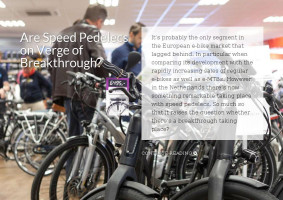 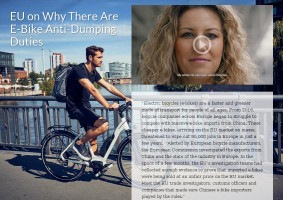 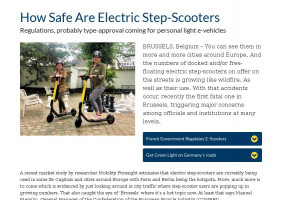 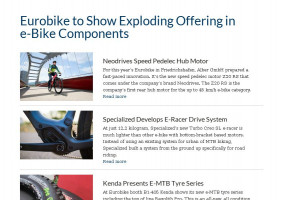 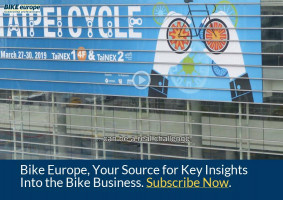